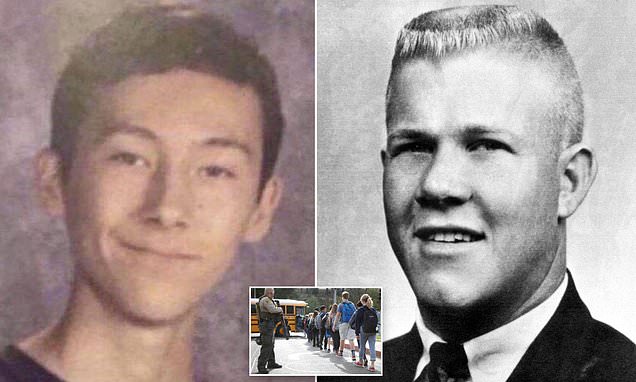 Almost all mass shooters since 1966 have four things in common

A US Department of Justice-funded study released Tuesday found four commonalities in shooters who killed at least four or more people, which is the FBI's benchmark for a 'mass murder'.

Surly there has to be a 5th or 6th issue, because just about millions of people have all four, yet those millions of people do not go on shooting sprees. I think the studies will overlook topics such as being taught sympathy, or the lack of a strong father figure in the house.

A lot of these shooters were from broken homes, or were isolated from their families and support networks.

Maybe society should stop women from filing for divorce and make families stay together. Perhaps manners, sympathy, and social well being should be taught in school. Maybe we should put our cell phones down and talk to each other.

I thought this was a free speech forum.

the problem that is being overlooked has been the degradation of society as a whole. When you have tolerance of miscreant behavior and severe consequences to parents who try to teach their children to fear God, respect you elders, do the right thing, then naturally you are going to have abnormalities in society. You have the left who not only created the KKK, started the civil war, and enacted Jim Crow laws, but also had prayer taken out of schools, made it a crime for a parent to spank their child and tries to continuously shove sexual deviance down our throats. It is no wonder you have a society full of Ritalin dependent children, who often times break from the norm and do something so horrific that even the left can't stomach it. I say do away with the Liberal agenda and take s back to where hard, honest work was the norm, where families were allowed to properly discipline their children and to teach our children what it means to respect others ad to be proud to call yourself an American.
You must log in or register to reply here.
Share:
Facebook Twitter Reddit Pinterest Tumblr WhatsApp Email Share Link
Top